Poker is a very popular card game in the world, presumably we are not unfamiliar, it can be used for entertainment, play diverse, suitable for different age groups. There are many beautiful stories about its appearance and invention. Legend has it that poker was invented in China. In the Song Dynasty, there was a card game called “leaf Play”. Later, foreign merchants in China brought the game to Europe. On the basis of our country’s “leaf play” card, the shrewd Venetian merchants have a unique eye to organically connect this card play with the calendar. He invented a new kind of card game according to the rules of the calendar. Because there are 52 weeks in a year, 52 cards are made, and a total of 54 cards are made for xiao Wang. And according to the spring, summer, autumn, winter seasons made of hearts, diamonds, clubs, spades four patterns.

According to the day of black and white, the four colors of poker are divided into black and red. There are 13 cards in each suit, representing the 13 weeks of each season. There are 12 cards of K, Q and J, representing 12 months of the year. King represents the sun, which means daytime, so it is red. Xiao Wang represents the moon, implying the coming of night, so it appears black. If regard “J” as 11 points, “Q” as 12 points, “K” as 13 points, “xiao Wang” as 1 points, so the sum of the points of 53 cards, as it were equal to 365 points, representing a year to have 365 days in total. If you add one more point to the King, that’s the number of leap years. In fact, take playing cards among the colors, numbers and patterns, the customs and cultures of different countries are not the same, the connotation of playing cards also have a different understanding. clay poker chips

There are four suits in playing cards, namely hearts, diamonds, clubs and spades. Through observation, we can find that folding along the vertical line in the middle of the color, the parts on both sides of the line can overlap with each other, so it can be seen that these four colors are axisymmetric graphics. However, the cube is more special than other suits. If the cube is rotated 180° around a point, it is found that the square pattern after rotation perfectly coincides with the original one, which indicates that the cube of the suit is still a center symmetric pattern, and the rotating point is its center of symmetry. clay poker chips

2. The parity problem in playing cards 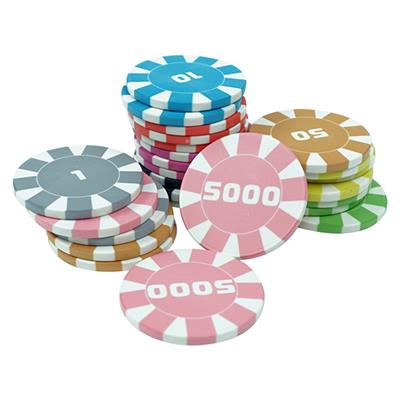 Playing cards (except the big, small king) each type of cards are marked with numbers, where A,2,3… ,K stands for 1,2,3… ,13, arbitrary extraction of four cards, according to the number of cards on the card for the addition, subtraction, multiplication, division four operations (parentheses can be used, but each card is not reused), so that the operation result is 24, this is the basic gameplay of “twenty-four points” game.

4. The permutation and combination of playing cards

Cards are arranged in A certain order, A deck of cards with A total of spades, hearts, squares, grass flowers four colors, each color has A, 2,3… ,10, J, Q, K each 13 cards, where J, Q, K for 11, 12, 13 count, A can be used for 1 can also be used for 14 count. If such playing cards according to certain rules, then you can get a good proposition. clay poker chips